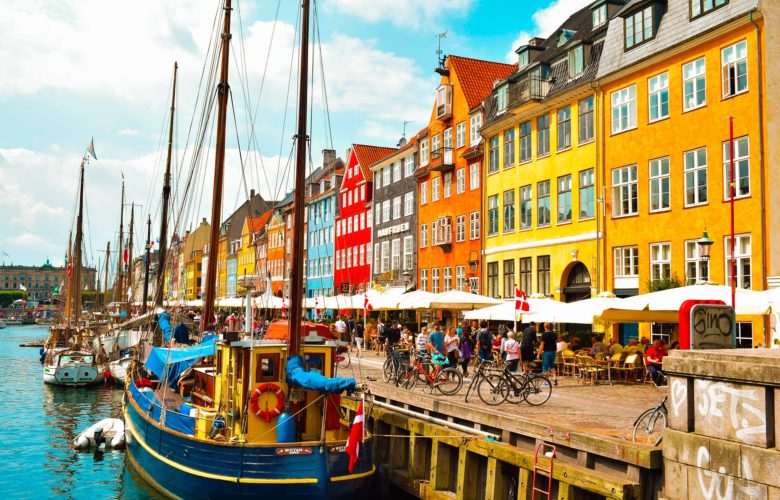 Ah Danish! My heart always leaps a little when I think of Denmark. In 1997 I decided I wanted to live and work abroad. I had just graduated as an interpreter and much to my regret I had never studied abroad with Erasmus. So this was my opportunity. Now or never. I didn’t have a job yet, no (serious) boyfriend, nothing really that would stop me from going!

One day I saw an add for a room in a kollegium in Lyngby, north of Copenhagen. A kollegium is a sort of  a dorm, where students live indepentenly (it is always on the premises of a school but any student can rent a room there). Without giving it much thought, I wrote them and said I wanted the room. And I got it!

Denmark of all places, I never ever thought I would go there. But I was very excited. Through a cousin I met a Danish girl who studied in my hometown Gent and she taught me a few words. And then off I went. Adventure calling!

Within 2 weeks I found a job in Taastrup, south of Copenhagen, for which I did not have to speak Danish. I would end up working there the entire time I stayed in Denmark (almost a year). I saw a lot of the country, made friends for life and most importantly, learned the language.

My method was very easy: I asked all the students in the dorm and everyone at work to only speak Danish to me, that would be the quickest way to master the language. And it was! I spoke the language fluently, be it with a bit of an accent (Danish has some tricky sounds).

After almost a year I went back home, found a job, got married, had children and never spoke a word of Danish again. Until one day in 2015, I looked into an evening course of Spanish and saw that the school also offered Danish. I enrolled, did 2 years and then stopped.

I now take italki conversation classes once a month and I also offer translations from Danish to Dutch.