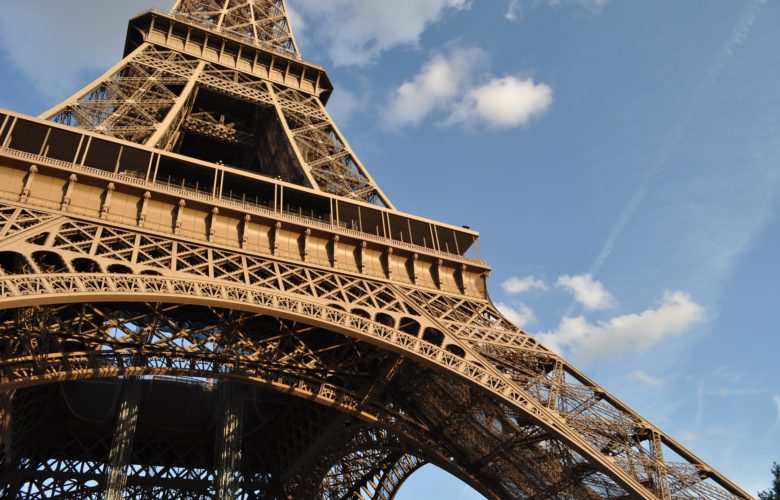 French is a no-brainer. I am Flemish, living in Belgium – which is a trilingual country: Flemish, French and German. For a lot of political and historic reasons, but I won’t go into detail, French is compulsory from primary school onwards until the end of secondary school.

I was 10 when I had my first French class and that’s where my passion for languages started for real. I had no idea what to expect, but I remember my first lesson clearly,
as if it were yesterday.

Imagine this: early eighties, an old classroom, high ceilings, heavy curtains, a very small class group (we were only 10), all eager to start French. The teacher closed the curtains, turned on the old movie projector, there was a bunch of cassettes lying around as well.

And then the cartoon came to life on the white wall. It was about a little girl and a dog, taking the train (la valise a tombé, le chien a aboyé, I can still remember it).

I was enchanted, I have no other words for it. A new world … The teacher recognised that I had a gift for languages, because he always made me read out loud and made me answer the questions (praise to my teacher!). I knew there and then that I wanted to do something with languages (preferably interpreter … and so I did!).

In secondary school, I also chose languages – I had French, English and German. I had decided at a young age that I wanted to do something language-related, so when the time came to choose, I picked translator/interpreter. You can pick what you want, my parents said, but one of your languages must be French. I hated them for it at the time (French wasn’t my favourite language – precisely because it being compulsory), but I am very thankful now.

It required hard work and dedication to reach the level that I have now and to be honest, the language comes naturally to me and I don’t realise anymore just how much effort has gone into reaching this level.

Life has its funny ways and I ended up becoming a freelance translator with French as my main language. Around 90% of my work is French-Dutch, including non-fiction and (by now) 2 novels. It is still not my favourite language though and although I have quite a good level, I am always nervous when I have to speak French impromptu. For that reason I am booking a conversation class every now and then where we don’t agree on any topic, but just have a spontaneous conversation.

One of the nicest compliments a Frenchman (unknowingly) gave me, was asking me: d’où tu es? He thought I was actually French but couldn’t locate my accent.